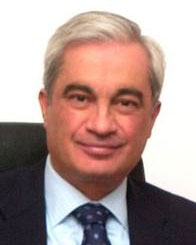 Over 80 students, faculty, and staff attended the talk which was organized by Al Akhawayn School of Humanities and Social Sciences and which marked the first visit of a Turkish Ambassador to Al Akhawayn.

Accompanied by the First Councilor of the embassy, Mr. Ahmet Dogan, His Excellency Tunç Ügdül covered a large number of topics ranging from Turkish economy to the origins of the Turks and their wide geographical spread in the world today. The talk was an opportunity for Al Akhawayn students to get first-hand accounts on facts about tourism in Turkey, the country’s foreign investment efforts, and its ties with Morocco.

“It was a pleasure to visit the University and interact with the students,” said the Ambassador after the talk. “I have enjoyed my time here and I am looking forward to visiting again in the future.”

Ambassador Ügdül’s visit to Al Akhawayn came in the framework of the course International Field Seminar, launched in Spring 2011 by the School of Humanities and Social Sciences and offered once a year. The first installment of the course covered New York City. This year, the course covers four imperial cities of the Byzantine and Ottoman Empires. Around 14 Al Akhawayn students will be visiting the four cities starting May 19, 2012 as part of the class.