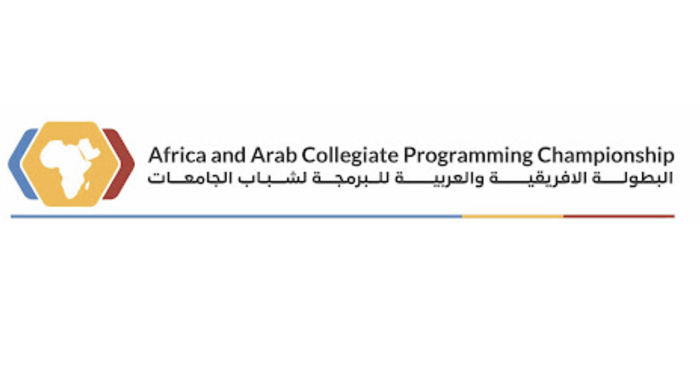 The national Moroccan Collegiate Programming Competition was held online this year, from October 16th to the 17th. A total of 88 teams from different Moroccan universities and schools participated in this year's events, and only 7 of them qualified for the African & Arab Collegiate Programming Contest (AACPC), which will be held in Luxor, Egypt in December 2021. Succeeding in solving eight problems, the AUI team was one of these seven teams that qualified to continue in the next championship.

The ranking of the qualifying teams is as follows:

AUI is proud of its students for coming in fourth place and qualifying for the next championship. This is a contest that AUI has a successful record with. For six consecutive years, AUI came in first place at the national Moroccan Collegiate Programming Competition (MCPC 14-19). The AUI Team Coach, Dr. Abid, clarified, "Unlike in previous years, the level of competing Moroccan teams is remarkably improving. This is good news since qualifying teams will better represent Morocco at both regional and international competitions. During the last 2 years, MCPC 19 & 20 were both held online due to COVID-19. With this year's team (composed of students Akiour Mohamed, Bilal Elbouardi, and Anass Choukri), we are shooting for redeeming the trophy by next year, winning the Maghreb prize, and qualifying to ICPC'22 (International Collegiate Programming Contest). We are optimistic. AUI is renowned for its Legacy in ACM Programming competitions. Last but not least, we are encouraging and urging potential students with a 'competitive mindset' to join the ACM club and thus contribute towards redeeming AUI's championship both nationally and regionally."

2 of the 3 AUI contestants, Bilal Elbouardi and Anass Choukri, are students awarded the STEM (Science, Technology, Engineering and Math) Scholarships of Al Ghurair Foundation for Education (AGFE). Based in Dubai, the foundation seeks to provide STEM educational opportunities to underserved and high-achieving Arab youth towards writing a new Arab Story. The AGFE STEM Project at AUI started back in 2018 when AGFE partnered with AUI to extend these uniquely generous scholarships to Moroccan Youth with a highly competitive selection process emphasizing academic excellence, resilience in the face of hardships, leadership potential, and commitment to contributing to the prosperity of the Arab World. Representing 14 cities and 22 Public High School Institutions around Morocco, 29 scholars are currently pursuing their Computing and Engineering degrees at SSE.

It is worth mentioning that AUI remains the only Higher Education institution in the Maghreb that was selected by AGFE for partnership, thanks to its values, its reputation, and its institutional and programs’ accreditation.