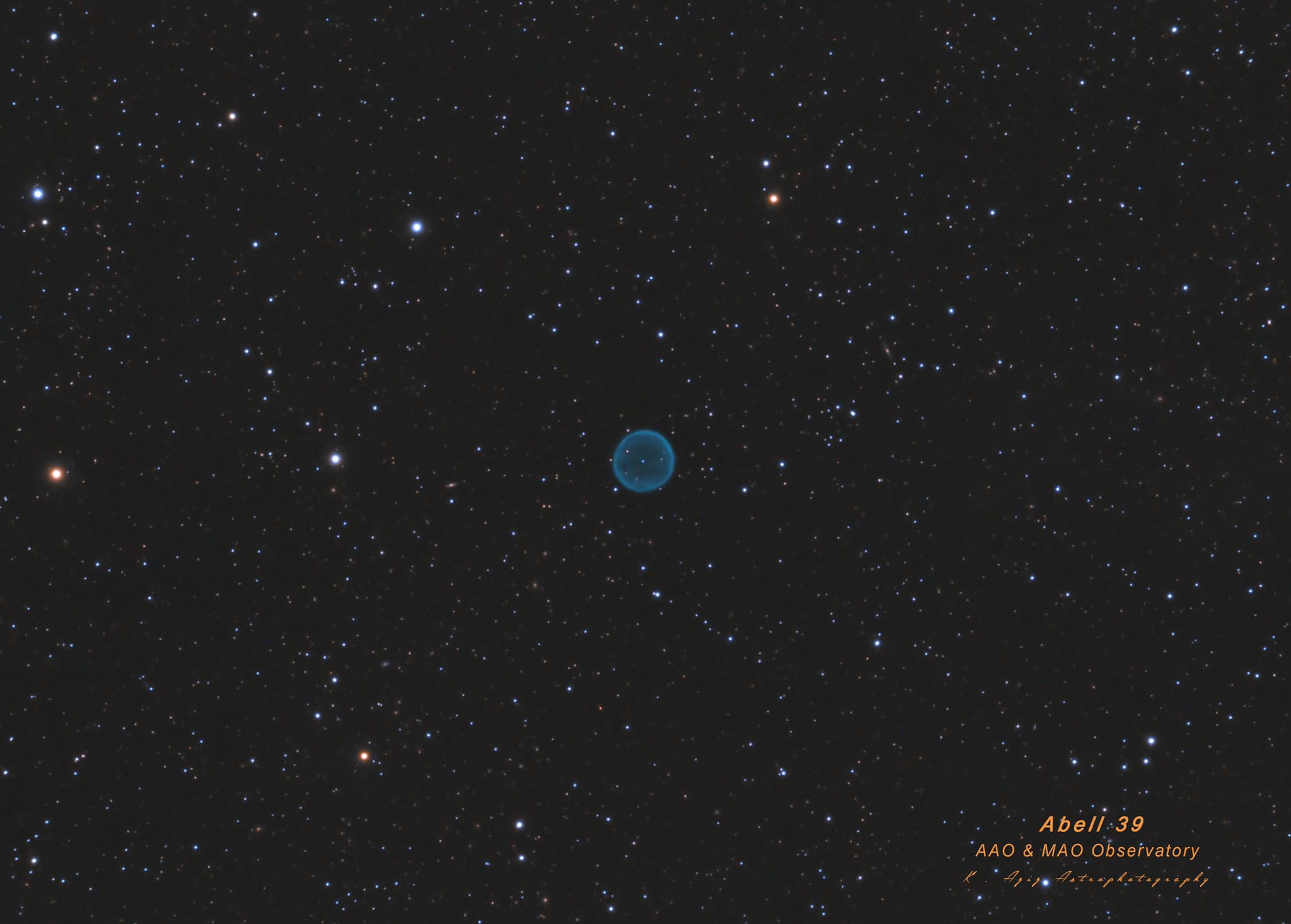 Abell 39 nebula was successfully photographed on May 24, 2020, by amateur astronomer Aziz Kaouach who was able to couple observations from the Al Akhawayn Astronomical Observatory (AAO) and the Moroccan Astrophotographers Observatory (MAO) in Benslimane, 350 km away from Ifrane. This Abell 39 nebula astrophoto was selected “photo of the day” on June 9, 2020, by the famous “Amateur Astronomy Picture of the Day2  - AAPOD2” website.

Abell 39 is a low surface brightness planetary nebula in the constellation of Hercules. It is the 39th entry in George Abell's 1966 Abell Catalog of Planetary Nebulae of 86 old planetary nebulae which either Abell or Albert George Wilson discovered before August 1955 as part of the National Geographic Society - Palomar Observatory Sky Survey. It is estimated to be about 6,800 light-years from earth. It is almost perfectly spherical and also one of the largest known spheres with a radius of about 2.5 light-years. (Source: https://en.wikipedia.org/wiki/Abell_39)

Built-in 2011 by members of the astronomy club at Al Akhawayn University in Ifrane, on the university grounds in an ideal location that offers a wide-open observation angle and is far from light pollution, the Al Akhawayn Astronomical Observatory (AAO) is the first robotic amateur observatory in the Atlas region.

The observatory is housed in a small 3.5 m x 3.5 m building with a rolling roof. It was initially equipped with a 12” Celestron telescope on a Paramount ME mount. The observatory was fully refurbished in 2019 thanks to the support of a Moroccan association of amateur astronomy photographers.

Some successful recent astrophotos from the Al Akhawayn Astronomical Observatory include the sighting of Messier 106 below, and M106, Messier 106 is an intermediate spiral galaxy in the constellation Canes Venatici. It was discovered by Pierre Méchain in 1781. M106 is at a distance of about 22 to 25 million light-years away from Earth. 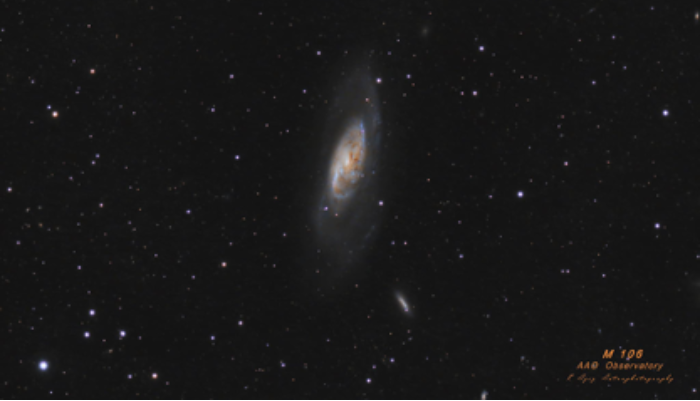 and the sighting of moon crescent of Eid Al Fitr 2020 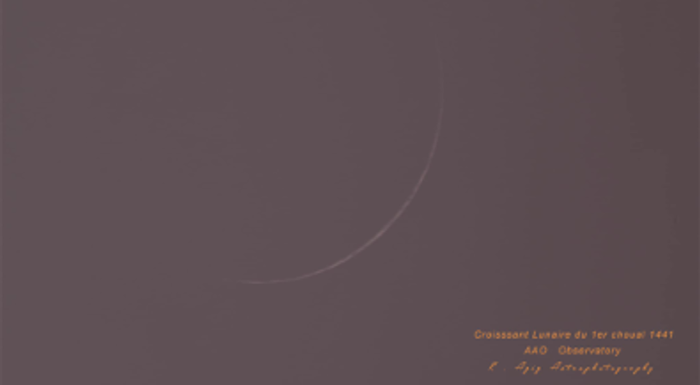