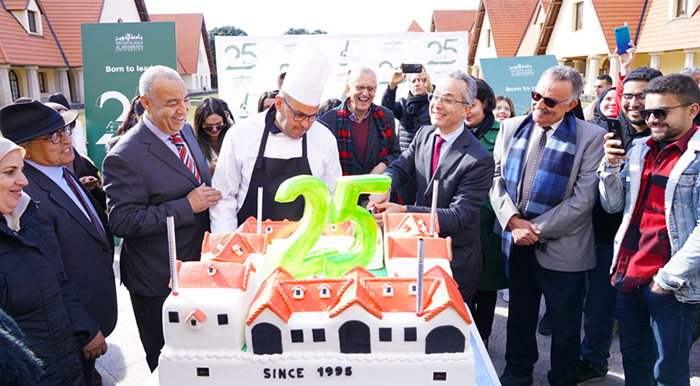 The New England Commission of Higher Education (NECHE), a prestigious American accreditation agency, recently congratulated Al Akhawayn University in Ifrane for its pedagogical effectiveness in learning and the success of its students. This dedication coincides with the 25th anniversary of the University.

NECHE, which granted its accreditation to AUI in 2017 – alongside Harvard and MIT - recognizes, in a letter addressed to President Amine BENSAID, the continuous efforts and practices of Al Akhawayn for meeting the challenges of higher education in the 21st century.

This honor comes on the heels of Al Akhawayn’s nomination as a top-ranking higher education institution in Morocco in the prestigious QS Ranking. This is a global recognition for its academic excellence, its quality assurance and its openness to the international realm. This honor is particularly due to the vision of its board of trustees chaired by Mr. Abdellatif Jouahri, Wali of Bank Al Maghreb.

Alumni of AUI (AUIers) are known for their flawless training, initiative and adaptability. They are frequently distinguished for their leadership and professional accomplishments in several areas. In this regard, let us cite Ms. Sarah Karroumi, currently General Secretary of the Ynna Holding Group, who is in the TOP100 of African leaders of the prestigious Choiseul Institute, and Ms. Soukaina Filali who was awarded by the University of Georgia in the United States for her original research in engineering computer science.