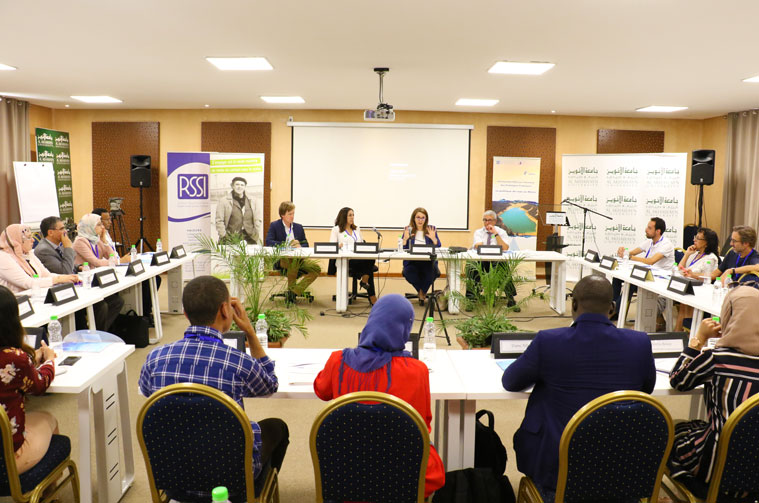 Rabat Social Studies Institute (RSSI) with the support of Al Akhawayn University Ifrane, the Embassy of the Netherlands, and the Heinrich Böll Foundation in Rabat, organized the second edition of its Summer School on Public Policy Analysis devoted this year to "The National Strategy of Water in Morocco" from July 10 to 16, 2019.

Participants at the summer school represent young women and men between the ages of 21 and 35, students from engineering schools and public universities with a Master's degree or doctoral students, young professionals in public administration, and associative actors.

The analysis and evaluation of public policies is an essential component of improving the governance and effectiveness of government actions. In Morocco, this practice is not widespread in public institutions. It is only from the beginning of the 21st century that some public institutions have begun to evaluate the impact of public programs and the efficiency of the measures taken by the State in certain fields. The RSSI Summer School aims to raise the awareness of young students and civil servants of the importance of public policy evaluation. Thus, this initiative aims to strengthen the skills of young actors in the analysis and evaluation of public policies. The objectives assigned to this new edition are to improve theoretical knowledge related to public policy analysis, to strengthen the skills of participants in public policy analysis, to create an environment that promotes debate and exchange between actors who have different positions on the theme chosen, to familiarize participants with policy briefing techniques, and to develop recommendations based on participants' proposals.

For its second edition, the RSSI has chosen as theme: "The national water strategy in Morocco: State of play and perspectives" knowing that since the 1980s, Morocco has adopted measures aimed at improving the management of water. This is the case for integrated planning at the scale of hydraulic units and the adoption of Law 10-95 on the integrated, planned, decentralized, concerted and participative management of water resources. Morocco has also developed a national water strategy, one of whose pillars is the preservation and protection of water resources. The strategy also includes accompanying measures, including the development of financing plans and a review of tariff systems.

Despite the reforms adopted and the modern legislative framework, several regions in Morocco suffer from water scarcity. These are the Middle Atlas, Rhamna, the Rif and the Southeast. In this respect, we can point out the protest and protest movements that these regions have experienced in recent years. The anger of the inhabitants against the shortage of drinking water, the water cuts and the insufficiency of the hydraulic infrastructures mobilized the inhabitants of various cities of the Kingdom in 2017 and in 2018.