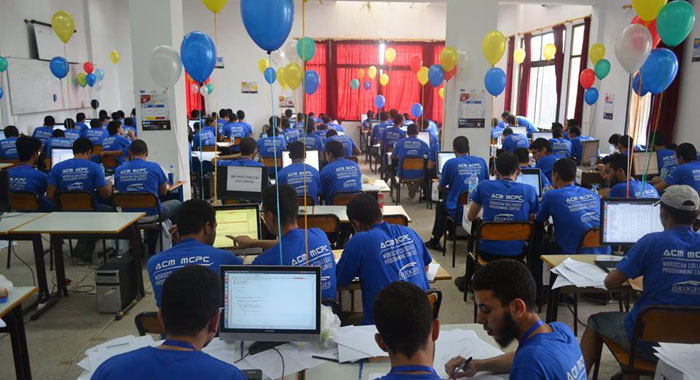 The National Collegiate Programming Contest (ACM) was held in ENSIAS, Rabat on October 25, 2014. This year’s competition saw the participation of 64 teams representing various higher education institutions in Morocco with the aim to winning the honor and responsibility to represent Morocco at the world championships.

The 2015 World Finals will be held in Marrakech, Morocco, on May 16-21, hosted by Al Akhawayn University,  Mohammed V University, and Mundiapolis University. The final competition will be on May 20th. These Championships will see the participation of more than 1,000 participants from around the world.