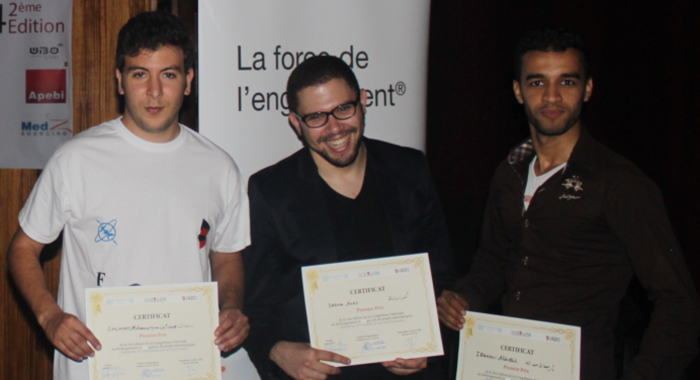 The competition lasted three days (from Friday 13th to Sunday 14th) and to which students from many Moroccan universities and grad schools participated including FSR, EMSI, ENSIAS, and others, saw the team of Al Akhawayn University rank first.

The solution offered by the team was developed according to a clear Software Engineering process and included well designed documentation. The solution was deployed on Google Cloud. Professor Mohamed Riduan Abid Assistant Professor of Computer Science (SSE School) has been supervising the two students over the past semesters for cloud computing and cloud development.

The spokesman of the Minister of Industry was present at the closing ceremony to give prizes to the winning students.