Al Akhawayn University in Ifrane - Reflecting on the Liberal Arts

Reflecting on the Liberal Arts 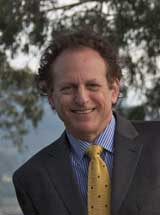 Ifrane, September 18, 2012 – Several dozen of Al Akhawayn faculty and staff met with Professor Saul Hillel Benjamin in a conversation about the Liberal Arts entitled Charting a University’s 21st Century Journey, held on September 13, 2012 at the university campus in Ifrane.

First of a series of discussions about Al Akhawayn’s globally oriented educational mission planned for 2012-2013, yesterday’s meeting revolved around defining Liberal Arts. Ideas and reflections about the case of Al Akhawayn University as an institution that chose to base its educational training on Liberal Arts were shared and enriched the discussion. Further questions regarding the definition of the Liberal Arts concept were explored.

“Al Akhawayn’s mission predicts that successful life-long-learning-and-career development is anchored in the University’s powerful vision of global liberal arts education for the 21st century,” said Saul. “In order to enact that vision ever more robustly, the insights of every Al Akhawayn University stakeholder are needed.” Saul presented how the Liberal Arts can be perceived and how it can release the students’ potential through 7 traditions that can be classified under the trivium (grammar, logic, rhetoric) and the quadrivium (arithmetic, geometry, astronomy, and music). He stressed both of them as playing important roles in shaping the career of the students as well as their long life skills.

Al Akhawayn University has appointed Saul Hillel Benjamin to serve as Distinguished Visiting Professor of Liberal Arts. Saul brings has over twenty-five years of classroom, institutional leadership, and public service experience regarding the role of liberal arts education. For the past six years, Saul has had educational leadership roles in Lebanon, Bosnia, and Germany. Earlier, he served as Headmaster of a multi-cultural high school, the founding Dean and Director of two exemplary Honors Colleges, executive leadership of a successful internet professional development company, and five years at the highest levels of educational and domestic policy-making in the administration of President Bill Clinton.