Since Its launch in 1995, AUI has graduated over 5000 alumni from its three schools, including undergraduates and graduates.

Al Akhawayn Alumni (AA) was founded in March 2003 on the initiative of Al Akhawayn University and its graduates. It has now more than 5000 members spread all over the world.

AA is managed by a board of eight volunteer members, who coordinate the activities of the association with the contribution of other members and the Alumni Affairs Office.

The last Executive Board elections took place on December 8th, 2018, with 385 alumni voting, representing over 55% of registered alumni. List number 10, the winning list, was as follows:
AAA Executive Board members: 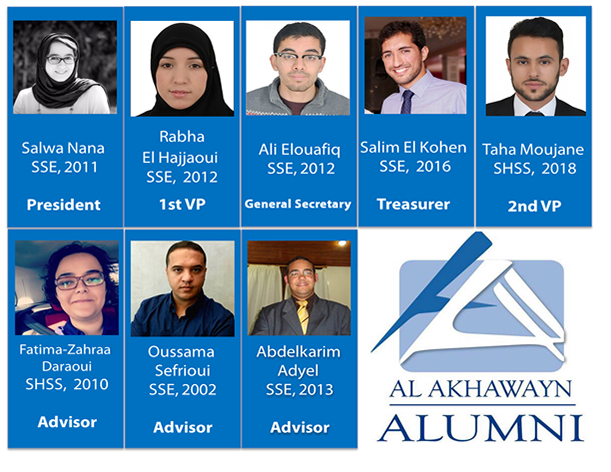 A Board of Trustees for the Association was formed as recommended in the AA next initiative report; this board is a mixed stakeholder advisory board. BoT members are elected, nominated, and members for the previous Board of Advisors.

The elected members are as follows:

Previous Board of advisors members:

One member elected by the new BoE: